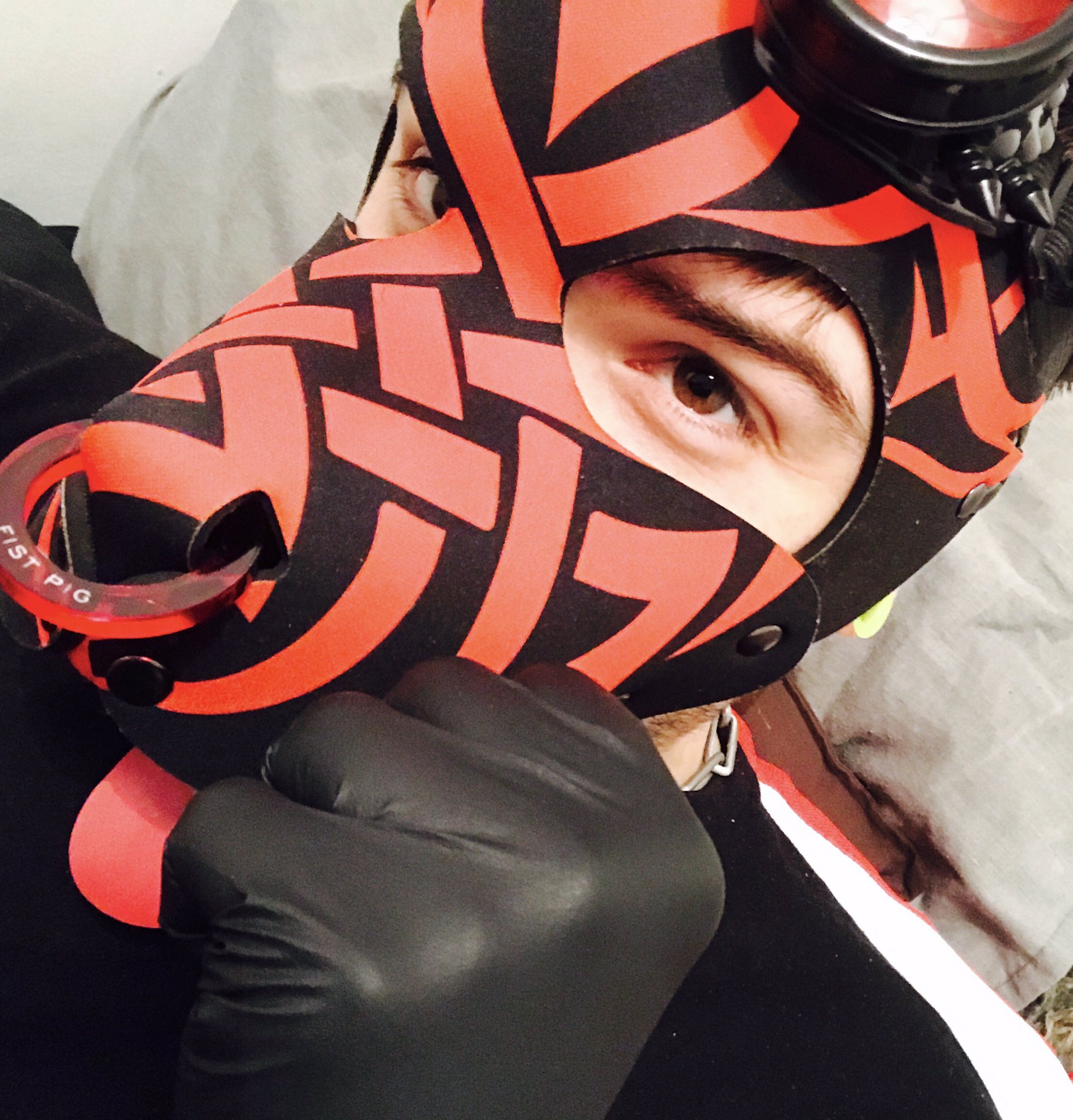 Sev: Awruff hey Max, it’s great to talk to you. You’re a kinky pup from heart to chewing bone, and a very cute one on top. How did you discover that side of you? What or who brought you into the world of fetish and chewtoys?

Max: Awrf! The first time I ever did pup play was at the age of 18, I had a friend that was into all kinds of kinks. We discussed pup play as he thought this suited my playful personality… after all puppies are very playful.. so he handed me a tail plug to try… from then I worked on my howl! I loved it! The name max is a shortening of the name maximus.. I was named originally by the very same person who introduced me to pup play, he gave me a tag that has maximus on it… I still carry this with me every day! I shortened it to max on transition to a new owner and that’s just stuck with me every since! I believe I suit the name max! And have become used to responding to it now ARF!

Max: Haha yes, well I am firm believer in that you should be experimental and try new things… it wasn’t gonna harm anyone and it wasn’t a hard limit so why not? I think the thing that made me enjoy it so quickly is how fun it can be, as puppy I just play and don’t really think about much else so it’s really fun… and i loved the feeling of being owned by someone… it felt like I belonged with that person which was really nice.. along with all the cuddles and fusses it was great! If also helps that I have a general affinity toward anything with paw prints or bones on.

Sev: Haha that sounds like you had a predisposition for it 😉 So was pup play your entry into the fetish world then? Did you expand your list since?

Sev: That is definitely true :xD

You said in a way, it lead you to others. How did it do that? Has pet play changed something for or in you?

Sev: An important treat when trying to broaden his horizons. Do you still have some fantasies and fetishes that you haven’t gotten to explore and try out but would like to?

Max: Heheh! Lick away puppy! You may well see that eventually, should I make this fantasy come true! I have some great friends though that are trying to make this happen for my birthday is august! They are all saving up loads just for me 🙂 . As to the hottest things I have shared, in terms on media I am not sure, though my rubber picture seems popular.. and for a story I think my most fond and hottest ever play session to date is where I was tied up and led to an old cottage that was mid repair, at the door I was blindfolded stripped down and lead up stairs… I was tied to what I think was a spacer bar at my wrists… I then had electro stim pads attached to me and a butt plug type one… all I could feel was the pulsating of this plug it was nice… he then left me for a short time.. I’m not sure how long.. but it’s an oddly nice experience trying to listen out for smallest of sounds and figuring out what’s going on and wandering what’s going to happen next… he continued to play and increase the power of the electrostim things and eventually milked me… it was a really fun experience and something I would like to do again I think!

Max: So my typical kind of man is a older than me.. doesn’t have to be by much usually over 25, I love a guy with a beard too! Just a general air of masculinity… I also love huge balls hahah lick lick lick! They don’t always have to be dominant either… as I am an alpha pup I love to dominate as much as I love to be dominated. I think a good example of my kind of guy is roccosteele cause he is sexy as fuck, older and intelligent.

Sev: He definitely is 😉 And for characteristics? Personality-wise?

Max: Ooh that’s a tough one, I guess someone who understands all the kinks that I like. And I think I would like someone who is playful like me, cuddly! Cuddly is a huge thing, I love cuddles! I would want someone I could talk with endlessly. I think I would like someone I could settle down with! I want to come home to the same person every night for cuddles and kisses but have fun kinky weekends.

Sev: Kinky cuddler, got it 😉 thanks for telling us so much about you, Max. Good boy 🙂 I just got one last question for you now. What advice would you give to beginners who would like to try out pup play once?

Max: Ooh! I would would say try not to get too wrapped up in needing all the gear, because as nice as the pup gear is, you don’t need it! It all comes from within, for someone starting out, maybe try borrow a friends hood as it might help with headspace.. but just have some private time to yourself, relax and think as pup as you can and have some real fun with it! If you want to buy things, start out with collars and bowls these are cheap and can help you get in the mindset and then if you have decided that is what you want then you can work on developing your pup personality and eventually a lovely hood!