An Interview with Tyrone Rontganger, the organizer of Classic Meets Fetish. 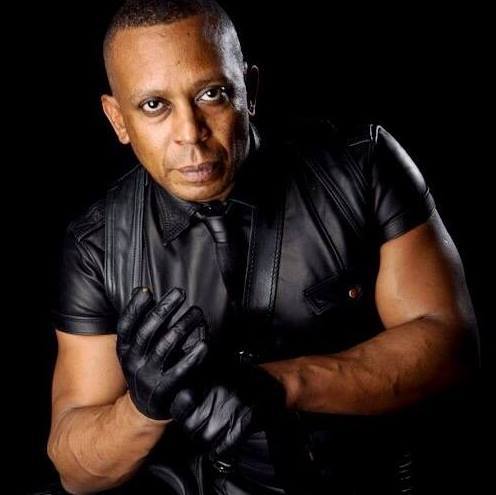 MasterMarc: Hi Tyrone. If our readers know you, it’s because you were German Mr. Leather 2013 and you were very active during your year as title holder. But I think that only a minority of our readers know about your love for classical music. You’re organising a “Classic meets Fetish” concert in Berlin for the second time. Could you explain the idea behind it to us and what your audience can expect?

Tyrone: Hi MasterMarc! Well, as German Mr Leather 2013 & 2104 I had the chance to visit most of the big fetish events around the world and come into contact with loads of different people. It was while I was at Fetish Pride Belgium in Antwerp last year that I got involved in a conversation with two quite sharp, elderly leather guys – really around 78 years old or something, but head to toe in Langlitz. They were telling me how they’d been really big into the leather scene in the 1970s and 80s and that their leathers were still a big part of their lives. But they also told me that they couldn’t hang out in bars and clubs all night any more, but still wanted to experience new things in their gear and hook up with other guys. I thought to myself, “That will probably be me in 30 years time, too!”, so I thought it would be interesting to bring a new kind of event onto the fetish landscape in Europe. I had already had the idea of putting together an evening of music as a charity event, and after that conversation the idea just grew: Something new, that people of all ages can wear their gear to, have a good time, make some memories, and meet others! I came back to Berlin and started working on it straightaway! At the beginning, it was a small idea – me and a couple of leather buddies were planning to play a few hobby tunes on the piano in a music school – but somehow it took root, developed its own dynamic and suddenly professional musicians started sending me applications to perform.

I’m not a big fan of telling people what they can expect, as I think expectations are different: some guys will come for the music, others to see the musicians, and I’m sure others just to experience something new in fetish.  I don’t want to disappoint anyone by pretending I can see into a crystal ball! What I can tell you however is that I have found a number of very sexy and handsome musicians, fetish guys, who are all professionals and all have experience on international stages. On Thursday 8 September, here in Berlin-Schöneberg at the 12-Apostle-Church, they are going to play some excellent classical music while looking very hot in their favourite fetish gear. The audience is expected to come in fetish gear too, so it will certainly be an unforgettable evening! Something for the eyes, the ears and the skin! An all-round feel-good evening, so to say! And the profits are being donated to two Berlin charities, so that really everyone gets something out of it.

MasterMarc: That sounds really interesting. Can you tell us a little more about the musicians you will have on stage and about the music they will play?

Tyrone: The musicians come from all over the world – Germany, France, Poland, USA, GB, Austria and New Zealand – so it really reaffirms how music connects! This is especially important today, I think, to acknowledge that we are all part of a big gay, fetish community that doesn’t end at the next national border. This is our world, our community, and it’s up to us to make something out of it and do something with it! In recent years, the word “fetish” has often had a negative reputation in the gay scene too, but here you can see that fetish guys can also be talented and musical, creative and hard-working, as well as sexy! One of the musicians, Dirk Caber, is even a famous porn star, but it doesn’t mean that he only has a one-track mind; in fact, he’s an excellent and highly accomplished musician. I hope people will throw away their prejudices and come and see us perform instead.

The musicians all offer something different, so there’ll be some piano, cello, organ, viola da gamba, flute and clarinet, as well as a baritone singer – but as I’ve already said, all of them are experienced and qualified musicians. We are still working very hard on putting together an exciting musical programme and will still need a couple of days to really finalise it. There will however very likely be “La Calunnia” by Rossini, Brahms “IV. Vivace”, as well his “Ballade Opus 118 No. 2”, and of course an organ piece by Bach: the 3rd movement from his organ concerto BWV 593. It was very important for us all to have some popular pieces for people who don’t know much about classical music, as well as some pieces for musical connoisseurs. So there’ll be something for everyone, even one or two more ‘poppier’ pieces that might get the audience rocking! And of course, the musicians will all be performing in their fetish gear, so their music is likely to be more emotional and passionate than usual.

If you want to know exactly who’s playing what and when, then please visit my website in a couple of days and there you’ll find it.

MasterMarc: As the venue of your event is a church. I have really to ask you if there are any limitations about accepted fetish styles?

Tyrone: The hardest thing of this whole concert project was actually finding a venue for it, so I’m very happy that it will be taking place in the 12-Apostle-Church, in Zietenstraße, Berlin-Schöneberg, only a few minutes’ walk from Nollendorfplatz and Berlin’s gay quarter. Last year I held the concert in the Axel Hotel at Hamburger Mary’s and it sold out all 83 seats, so I knew that this year that I’d need a much bigger venue. The problem with most gay fetish events in Berlin is however that the guys don’t want to leave Fuggerstraße! Everything that isn’t within five minutes walking distance from Prinzknecht just doesn’t seem to really work – except Lab! -, but there’s nowhere in that area where you can hold a concert and seat up to 200 guys comfortably in fetish. I checked out one location after the next, spent time calculating the cost of shuttle buses and other ways of transporting the audience to other places in Berlin, and I was literally pulling my hair out from despair! When the church was first suggested to me, I ignored the idea. But when I went to see it a few weeks later, I was really impressed! Churches were basically built to make music, so the acoustics there are simply fantastic! And it’s an exciting and unusual place to wear fetish, too.

When I spoke to the church about holding the concert there, there was a lot of scepticism from both sides. I wasn’t hot on the idea of the concert becoming any kind of religious event and the church board wasn’t hot on inviting 200 guys in fetish gear! I had to spend a lot of time negotiating with them, making demands but also concessions. One of the concessions has to do with the dress code: It really isn’t appropriate to go into a church wearing only a jockstrap and chaps, whether you’re religious or not. If we want other people to respect us and our choice of fetish, then we have to accept and respect other people in return! But I also wouldn’t go to the Berliner Philharmonie dressed like a cheap slut-whore! Fetish is fine – it’s a fetish concert – but I also expect the audience to dress with some thought. Those who don’t respect the location as a place of worship and come dressed as if they’re on the way to a sex party or an NPD demo will be refused entry. The dress code is very explicitly explained on the website, so if you’re not sure what to wear, please take a look or write me an email.

My friends weren’t all happy with my choice of location and there was some private criticism. But even one month before the concert, already about 30% of the tickets have been sold, so I think so far I’ve made the right decision. I’m looking forward to it already

We have one ticket (Category B, worth EUR 25) to give away to one of our sadOsam readers.

(If more than one participant, the lot/fortune will decide. Multiple participations are invalid. No correspondence will be hold. The prize will not be paid out in cash, is excluded from exchange, and cannot be refunded. Legal recourse is not permitted. Closing date August 31, 2016. The draw will take place on 1 September. The winner will be notified by email.)

To get more information visit the “Classic Meets Fetish” website.