Boy Sendian82 gives an insight in his fetish life.

sadOsam: How long have you already been living out your kinky side and how did you come to that?

Boy Sendian82: It didn’t really start until around the time I took a break from college, and started exploring sexuality in general. I had grown up pretty sheltered for the most part, though even when I was a lot younger I had run into kinky guys on services like AOL and mIRC, browsed a few message boards that tended to feature more masculine leather men, and tended to frequent chat rooms that were either more popular with the sort of people that always felt a little taboo to be chatting with given my age and conservative Christian upbringing.

By the time I was about 19 or 20, I’d had a single awkward and tequila-powered sexual experience, and was really starting to try and embrace parts of me that I was always a little afraid of. There was an encounter with a Dom out in Little Rock – sort of a very basic bit of submissive play and light bondage, and I loved it. I haven’t been able to spend a great deal of time exploring it – I’m still working on a few hang-ups and such, and work keeps me busy – but I try when I can.

Boy Sendian82: It’s been difficult at times for me to just let go – not of traditional control as much as of my fear of sexuality in general. Submission feels natural for me, and it’s done a lot to making me feel more comfortable in a sexual setting. It allows me to not think as much about whether or not I should be doing what I’m doing: is it wrong? Is it something dirty? Am I doing something that would be embarrassing? It’s a little easier to not listen to those doubts when you’re focused more on the fact that those things aren’t as important as what Sir wants you to do. It isn’t always easy for me, and sometimes I still struggle with it, but I’m never quite as happy as I am when I reach the state where I’ve tuned everything out because He’s the type of Sir that turns on the submissive side of my brain. Everything else goes away, and nothing else matters. And I’m very grateful when it happens, and am especially happy when it means I can focus on what the Sir wants from me. 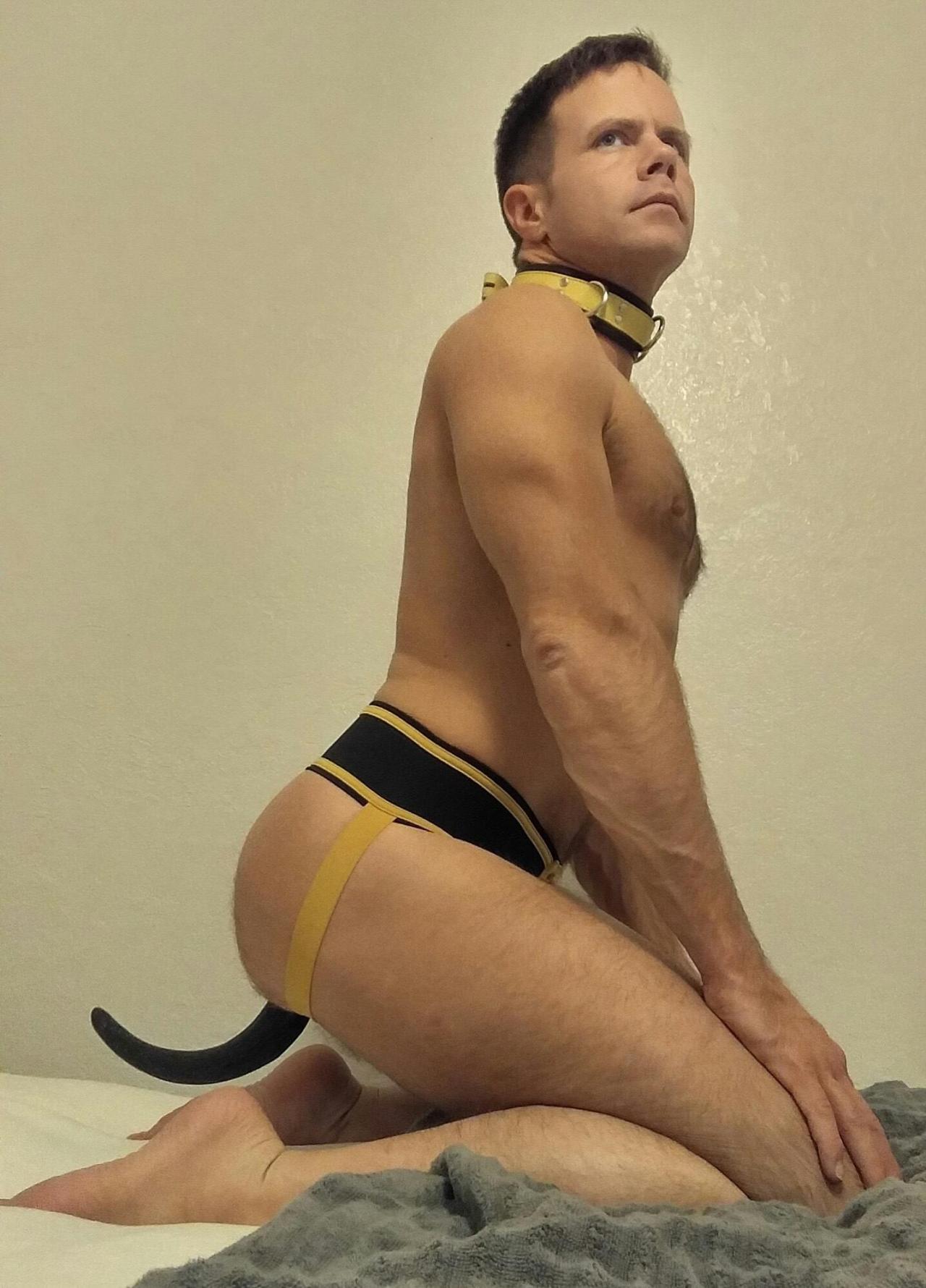 Boy Sendian82: I don’t know that I really have a lot of specific preferences yet, since even though I’ve been exploring for quite some time, it’s been punctuated with periods of time where I haven’t been able to really be involved either because of my schedule or because I was in a location where there weren’t really many options. Since moving to the LA area, I feel like I’ve really started to get comfortable and branch out, though. I think if anything I can say I really enjoy straight jackets – particularly leather ones. Wrap me up and give me a nice muzzle, and I’m happy for quite some time. 😉

Boy Sendian82: As far as a type goes – that’s a little tricky. It’s not so much a physical type, necessarily – though I don’t discount at all the role that physical attraction plays into things. For me it has more to do with the sort of presence Sir projects. I do tend to lean more towards submission naturally, there are some men that sort of trigger it automatically. It’s not a quality I can really define, maybe because it hasn’t happened as often as I might wish, and because when it does my brain kinda shuts down and I don’t really analyze it. But it has a lot to do with confidence – both in their superiority and their ability to command without trying too hard. It’s hard for me to describe.

Boy Sendian82: Honestly I think it was one of the first times I really met and spent a lot of time with a Dom who was really serious about dominating someone, and not just for the occasional role playing. We had met on Recon, and he came out to the boonies of Kansas where I was working and stayed a weekend. I met him at his hotel – where he was dressed in a full policeman uniform – and after some talking about what to expect and limits, I found myself licking his boots. It’s not something I’d ever really thought about, or that many people prior to that probably could have suggested to me, but when he gave the command I didn’t even think about it.

We played for the rest of the night, including some really creative uses of hotel furniture and closet space for bondage implements – but that first moment was the first time any of it felt real, and I flush a bit every time I think about it.

Boy Sendian82: I don’t know of anything specific? There’s not a whole lot I’m not curious to try once – well, within limits of course – but I tend to get more enjoyment out of knowing the Sir I’m with is enjoying what he’s doing rather than enjoying whatever “thing” is happening to me.

Although if I had to pick one thing, and I suppose it’s a little cliche, but the idea of being able to serve or play with two (or more – lol) Sirs at the same time over a night or weekend sounds like a good weekend. I could always use the extra training. 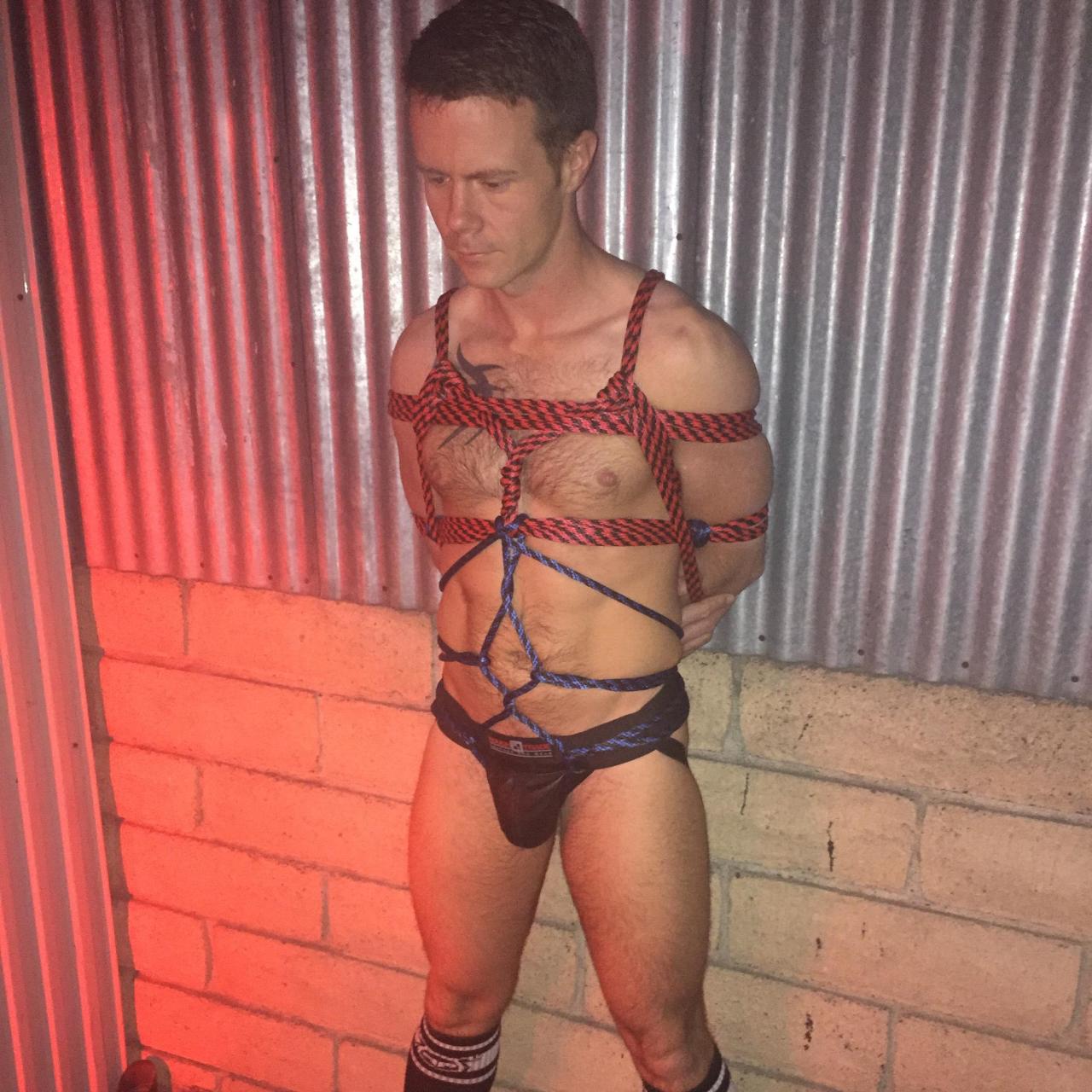