CastroKink has informed us about the family situation of Whisper. 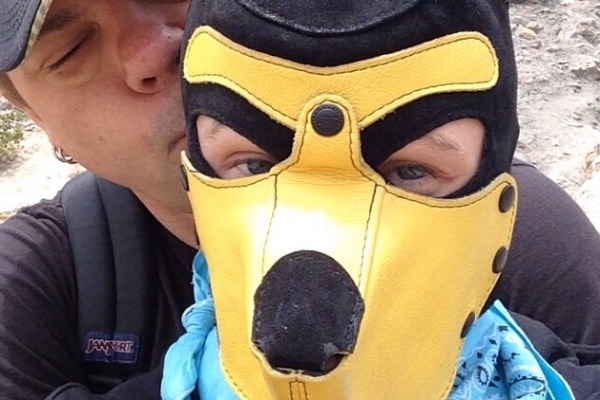 Whisper needs help badly. His family has taken him from his home in San Francisco and stolen all of his money. They have taken all of the clothing they bought for him over the years. They’ve taken away his laptop and iPad. They are now blackmailing him with threats against me and other friends. He is ready to flee and return to San Francisco but needs enough money to live while he finds a new job and apartment. We are trying to raise enough cash for security deposit, two months’ rent, cell phone, and basic clothing. You know me as Whisper, collared pup of CastroKink. But my real name is Austin and I’m in trouble.

I grew up in a small conservative town near Fresno, CA. I was picked on and bullied throughout my childhood both for my small size and for being gay. I fell in love with drag and started performing while in high school. I have always been kinky but kept that part of my life a secret from my parents.

In January, I moved to San Francisco to go to college. My family supported the move at first to get me away from the bigots in my hometown. But shortly after, they became upset about my absence. They began accusing me of things like prostitution and told me I was destroying the family. None of it was true. Sure, I made some mistakes like any teenager figuring out life on his own for the first time but I wasn’t doing anything wrong.

In February, I met Christopher (CastroKink). For the first time, I had found a dom that truly cares about me and wanted more than just to get in my pants. He introduced me to so many things that I’d always wanted to try. We fell in love and, in March, he collared me. Throughout our play, we posted pics to our Tumblr accounts to help show the genuine connection between us. We heard from so many people around the world about how we inspired them.

Throughout that time, my family continued to emotionally abuse me. Every night, I would get phone calls accusing me of all kinds of things and threatening to cut me off if I did not go back to live with them. When I got my first paycheck from my new job, they withdrew all of the money from my account so that I’d remain dependent on them financially.

In late May, after debating back and forth, I made the decision to stay in San Francisco rather than go back to my family. After telling a few friends this, one of them anonymously texted my family telling them about CastroKink’s Tumblr. My so-called friend wanted me home so badly, he was willing to destroy my life.
My family went ballistic. Once I was away from San Francisco, my family almost immediately went back on their word, again threatening Christopher. That’s when I knew I’d made a mistake leaving. In spite of being banned from using my phone or the Internet, about 24 hours later, I got in touch with Christopher. I told him I made a mistake. He did not hesitate and rallied resources to come rescue me. At midnight that evening, Christopher and a friend showed up, loaded my belongings, and fled back to San Francisco.

Two days later, Christopher left for Chicago for IML. He told me he’d cancel the trip but I would have hated myself if he did that because of me so I told him to go—that I’d be fine. I wasn’t fine. I was a mess. I feared being homeless in SF. My sister talked me into taking a train back to the Central Valley to at least talk face to face with my parents. They promised me I’d return to San Francisco after the weekend. I was weak and I agreed. Once there, I was blackmailed into staying. I told Christopher and broke his heart. My dad drove me back to San Francisco to get my things before Christopher would get back from Chicago so that I’d never see him again.

I have been at my parents’ place for over a week now. It is living Hell. My family yells at me constantly. They continue to threaten Christopher. Now they have begun to threaten other friends who appear on Tumblr by threatening to email their parents. I know they will continue to harm my friends whether I stay or go. I have to escape. I have to live the life I want to live without fear.

I know I can make it in San Francisco. In the five months I was there, I went from being a lost little kid to having an apartment, working a good job, hanging out with amazing new friends, getting great drag gigs with good performers, being involved in the community, falling in love, and living the kinky life I have always wanted. I do not drink or do drugs. I do not sell my body on the streets (as my family accuses me.)

But, I need help getting back. I need enough money for two months’ rent and a security deposit. If I can get that, then I have time to get a FT job again and start supporting myself.

If you want to help Whisper than visit his GOFOUNDME page to donate. Thank you! 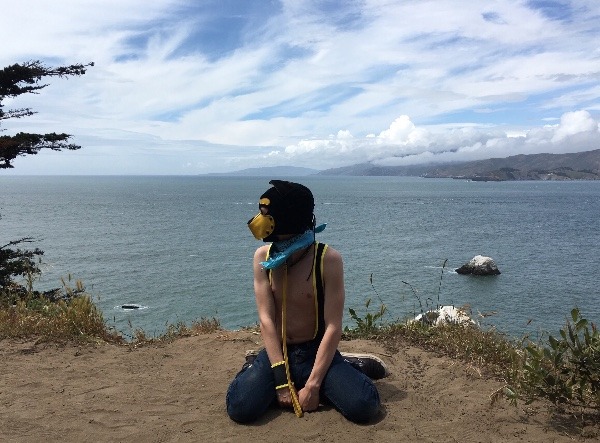 Potholing … or the growing need of a greedy cunt

Diapers…yeah, but with style, please!